Do's and don'ts of voice recognition

This solicitor's guide to the top 10 do's and don'ts of voice recognition software is a must read for anyone using this software. From memos, letters and emails, through to contracts and court forms – lawyers’ daily lives revolve around compiling documents. And in a profession where time is money, the more streamlined and intuitive this process is, the better. 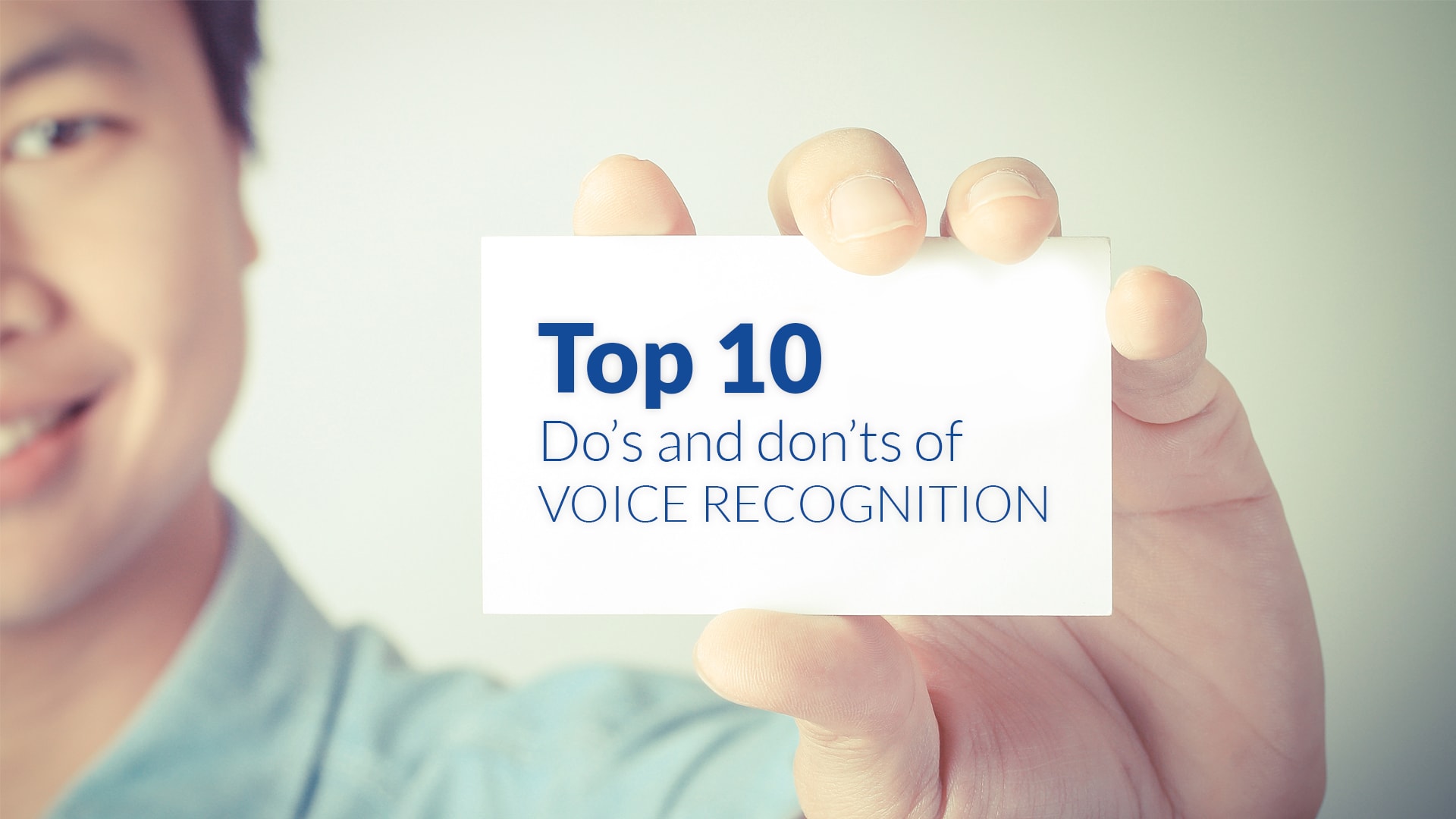 Dictating is around three times faster than typing, making voice recognition technology an invaluable tool in the deadline-driven world of law. Plus, with 99% levels of accuracy, it enables lawyers to be sure that their written output will be right first time, reducing the need for repeated proofreading.

Add in the fact that voice recognition technology is highly portable – allowing for contemporaneous note-taking or post-meeting updates – and it’s easy to see why an increasing number of law firms are utilising this modern way of transcribing.

Furthermore, advanced voice recognition software - such as that provided by SpeechWrite Digital - goes beyond dictation alone, allowing users to carry out a wide range of commands by voice. Most Microsoft applications are supported. Want to write a new email in Outlook? Simply say “new email”, then go on to populate that email using voice recognition. A Word document can be printed out by saying “print file”. Even web pages can be navigated by voice command alone (eg. “go back” to return to the previous page etc).

Getting the most out of voice recognition software

The following do’s and don’ts will help hone your dictation technique in no time:

Speak clearly and naturally into the microphone.

Remember to use punctuation.

Speak in a staccato manner, saying just one word at a time.

Worry about apostrophes – just say the word like you normally would e.g. ‘that’s enough’

Worry about capital letters. The software will automatically add the correct capitalisation e.g. the first letter after a full stop. It also recognises proper nouns.